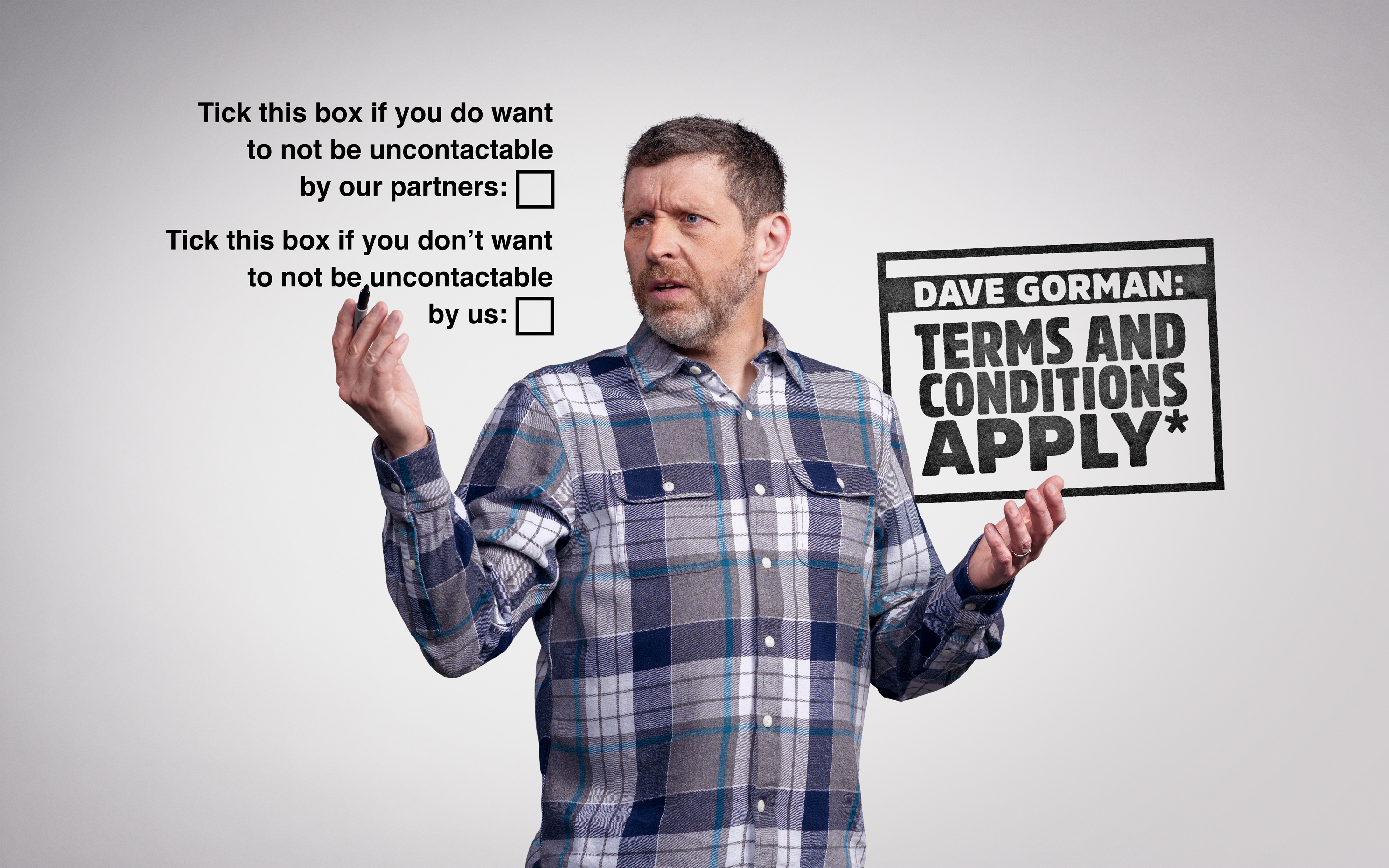 Dave returns to UKTV with a brand-new 8 x 60 minutes series, Dave Gorman: Terms and Conditions Apply*.  Once again he will be bringing his trusty screen along but now, in each episode, he will also be joined by three comedy guests as they cast their eye over his latest modern world discoveries, compete in mischievous games and generally try to unscramble the baffling morass of non-stop information that surrounds us in the internet age.  This news series follows on from Dave Gorman Modern Life is Goodish which ran for five critically lauded series on Dave, attracting 1.5 million viewers per episode at its peak, and was one of UKTV’s most successful original commissions.

You can catch it on Dave at 10pm, every Monday from 21st October.