It covers some of the same themes discussed in Modern Life Is Goodish but covers plenty of new ground too. Unlike my previous four books it’s not a narrative, rather it’s a collection of essays and thoughts… a treatise on modern life.

Nowadays the world is full of people trying to tell us things. I think most of us have taught our brains not to pay much attention to most of it. After all, click the mouse, tap the screen, flick the channel and you’re straight on to something new.

But I think it’s time to take a closer look. To find out how much nonsense we’re all just tacitly accepting.

Suspicious adverts. baffling newspaper headlines, fake twitter and inane TV shows are all under the microscope.

Can we hear ourselves think over the rising din? Or is there simply too much information? 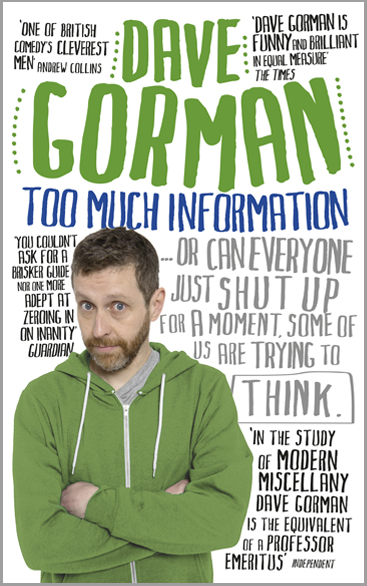